In 1943, airmen in the 8th Air Force were required to complete 25 missions before going home. Although markedly better than their enemy's requirements  (they often flew until they were shot down, were captured, or killed), in the spring, summer and fall it became statistically impossible for bomber crewmen to survive their tour of duty, as daily losses were as high as 12% per DAY.

The Memphis Belle, was a Boeing B-17 Flying Fortress. One of more than 52,000 bombers that were built during World War II, the Belle was piloted by Captain Robert Morgan. He and his intrepid crew became the first B-17 to successfully complete the 25-mission tour of duty, and our "Memphis Belle" room honors the bravery and sacrifice of those brave men.

The Belle beat those incredible odds, but none of it came easily. She lost at least one engine on nine different missions, almost had her entire tail shot off, weathered a blast that blew a gaping hole in her right wing, and sustained hundreds of bullet and flack holes. Each crew member received the Distinguished Flying Cross and the Air Medal with three Oak leaf clusters.

After completing their 25th mission, Hap Arnold, Commander of the 8th Air Force, immediately assigned the Belle to an extensive War Bond tour throughout the United States. The Captain and crew were hailed as conquering heroes everywhere they went. Before being reassigned to fly B-29s in the Pacific, Captain Morgan and his crew raised millions for the war effort.

Movies have been made about the Belle twice, first during the war, with actual combat footage, and again in 1990 as a Hollywood production starring Matt Modine. Last flown in 1946, the Air Force is restoring the Memphis Belle to her original condition after decades of neglect while on outside display in downtown Memphis, TN.

The "Memphis Belle" room is adorned with memorabilia autographed by  Captain Bob Morgan specifically for display in the motel, lending an air of authenticity you won't find anywhere else. And, of course, you will enjoy a single queen-sized bed, 32"Flat-screen TV Featuring Spectrum Cable, single-cup (Not K-cup) coffee maker, microwave, refrigerator, hair dryer, and our signature service -- a delivered continental breakfast basket! 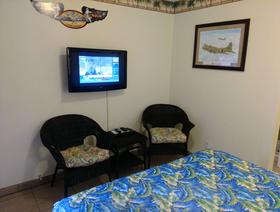 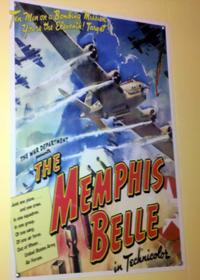 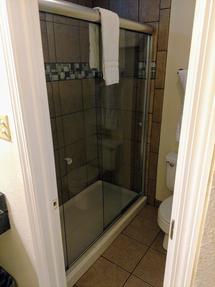 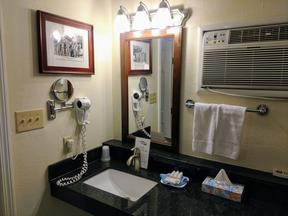 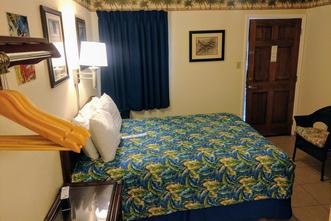 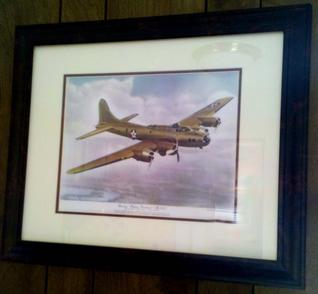 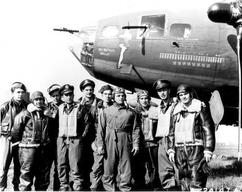